Your personal and free advice about our rollators and other aids: +49 (0) 8141 317 74 0
Free & individual advice via online chat: Hier Chat starten!
Innovation from Germany

Stand up chair in the test of the GGT 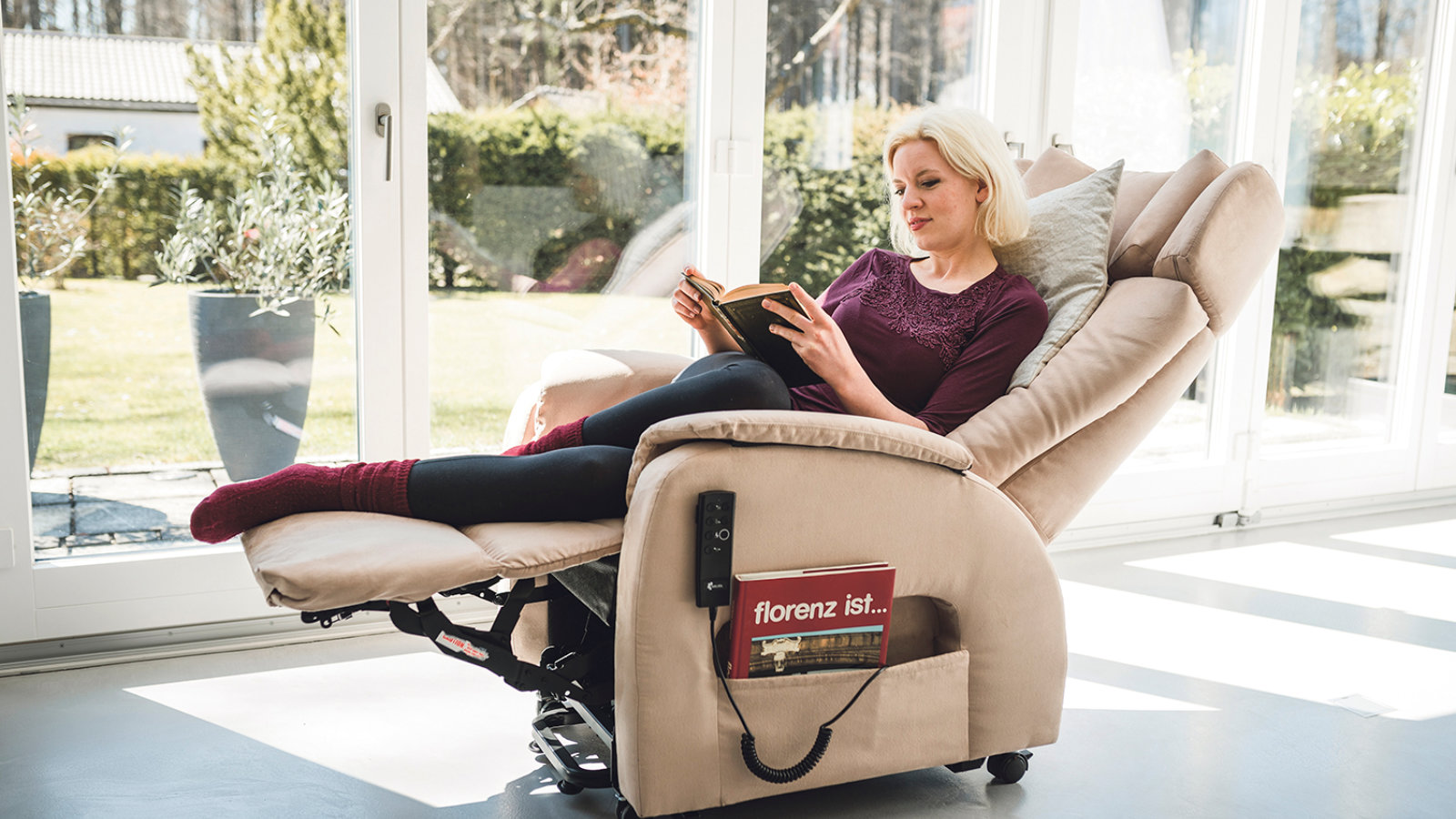 The Deutsche Gesellschaft für Gerontotechnik® is neither a manufacturer nor a seller, but an independent lobbyist. And if the GGT tests, then the testers are possible users! Therefore things are asked and tried that are really important. Of course, they will also be graded, and to anticipate this: SALJOL's sit up and recliners performed so well that they are allowed to carry the seal of the GGT. It is only awarded if the result is better than 2.5 (good).

The criteria include general information. Among other things, the product properties, cleaning and care but also safety are assessed! This is extremely important, especially for a stand-up and reclining chair.

All this is graded, arranged according to importance and finally an average mark is determined. Subjective comments from the testers are also recorded. This results in useful tips for making the products even better.

The overall mark of the Club1 is 1.4. The 12 test users were on average 71 years old, the youngest 51, the oldest 87.
The following products were particularly well received:
The seat depth adjustment, the powerful engine, the simple operation and the Klack&Fix system.

In the case of the Club 2, the positive experiences were almost identical, it received a grade of 1.6.
The fact that the Club 2 is particularly easy to move when cleaning is required, thanks to four small wheels, was particularly well received.
14 people took part in this test, an average of 70 years old, the youngest was 51 and the oldest 80.

But something else is also interesting: the weight range was from 55 to 99 kilograms, the body height from 1.57 to 1.81.
With the GGT it depends on the fact that not only a normal consumer gets along with the products, but ideally everyone. With the Club2 all found their seat position, with the Club1 there was only one exception. Eight test persons would use the Club2 in a domestic environment, the same result as with the Club1.
For the sake of completeness: The lightest test person in the Club1 weighed 55 kilos, the heaviest even 102!

"You wouldn't believe how much heart balance a chair like this can hold."

Of course the Club3 is also allowed to adorn itself with the seal of the GGT, it received the grade 1.7. 13 persons aged between 51 and 81 years were tested, the average age was 66 years, the average height 1.72 meters. Here the range was from 1.57 to 1.85 metres, the lightest test person weighed 55 kilos, the heaviest 120 kilos.

The separate adjustment possibility of the foot part of the headrest was praised. One test person even remarked that the heart-balance function was "not at all thought possible in such an armchair".

The washable protective covers and the "invisible" incontinence pads, which by the way are available for all club chairs, were very important to all test persons. 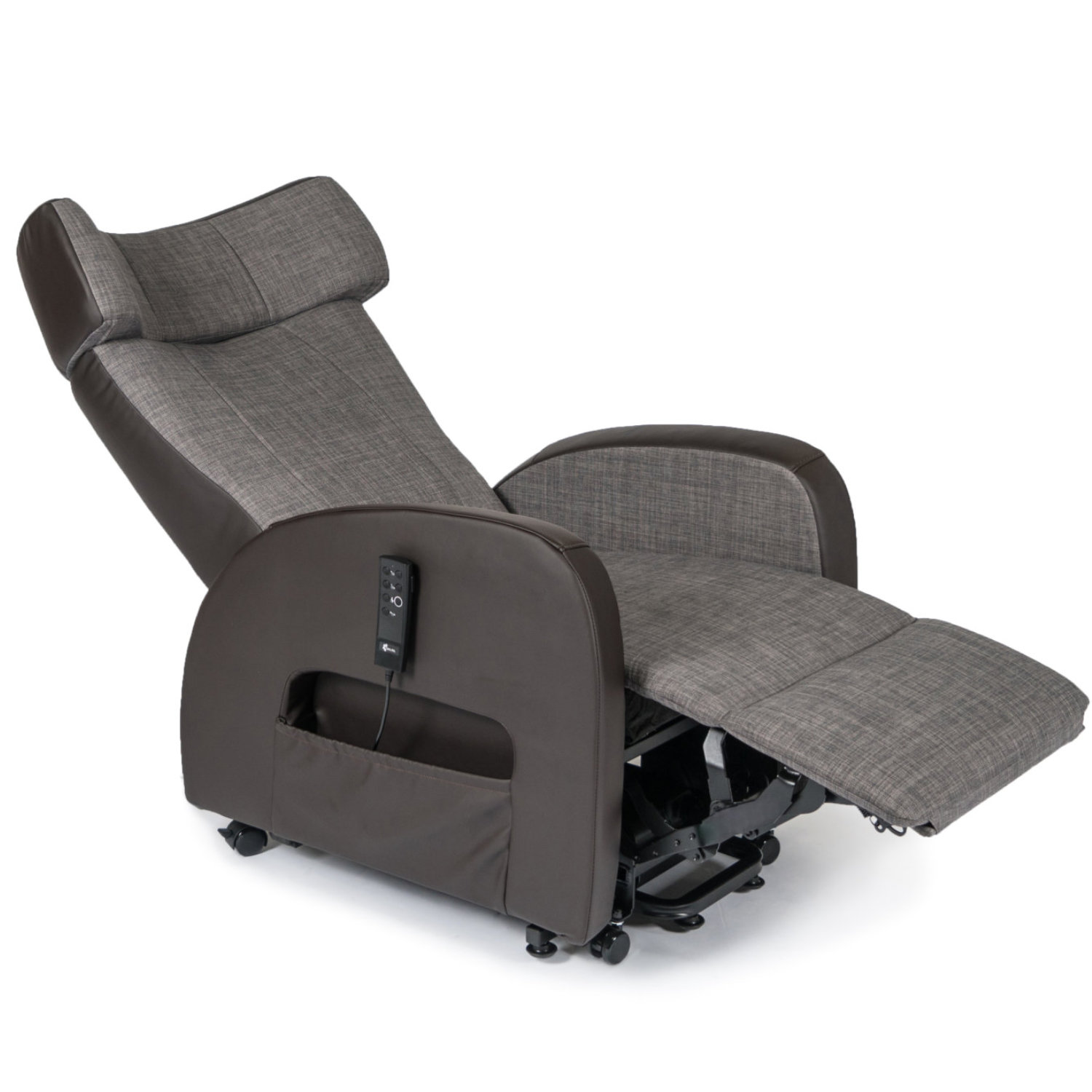 Welcome to the Club

Here you will find further information about the Club stand-up chairs .

Relaxation at the touch of a button